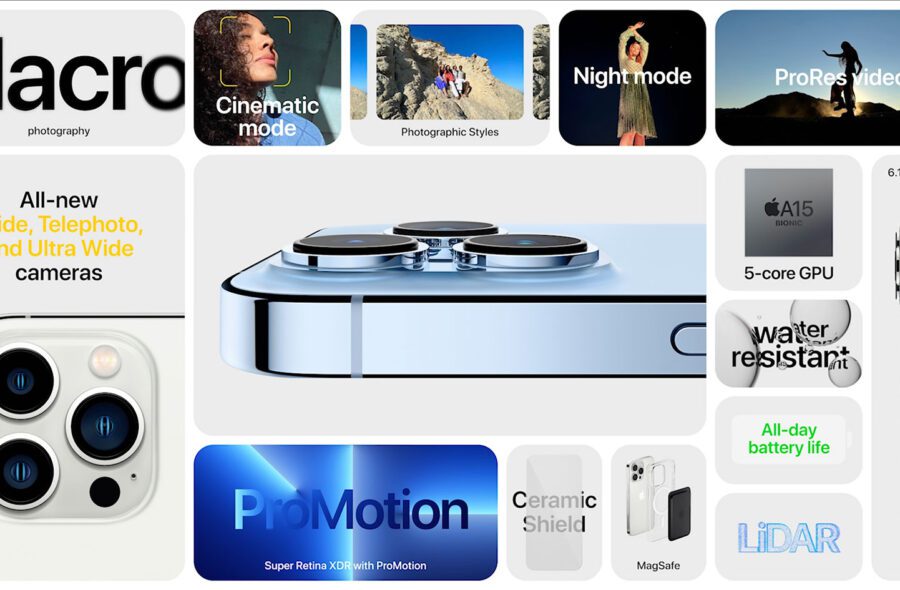 “Our Pro lineup pushes the limits with our most advanced technologies for users who want the very best iPhone,” Apple CEO Tim Cook said.

There are three different camera sensors at the back of the iPhone 13 Pro and Pro Max instead of two. In addition to the ultra wide and wide camera, you get a 3x camera. It seems like the wide and ultra wide cameras aren’t identical in the Pro models vs. the regular models either.

In particular, there’s a new cinematic mode with rack focus. You can track a subject and lock focus on that subject in real time. Cinematic mode shoots in Dolby Vision HDR. Later this year, you’ll be able to shoot ProRes videos with the iPhone 13 Pro and Pro Max.

For the first time, you can use Night mode with all three cameras. This way, you don’t have to remember which camera will give you the best result. 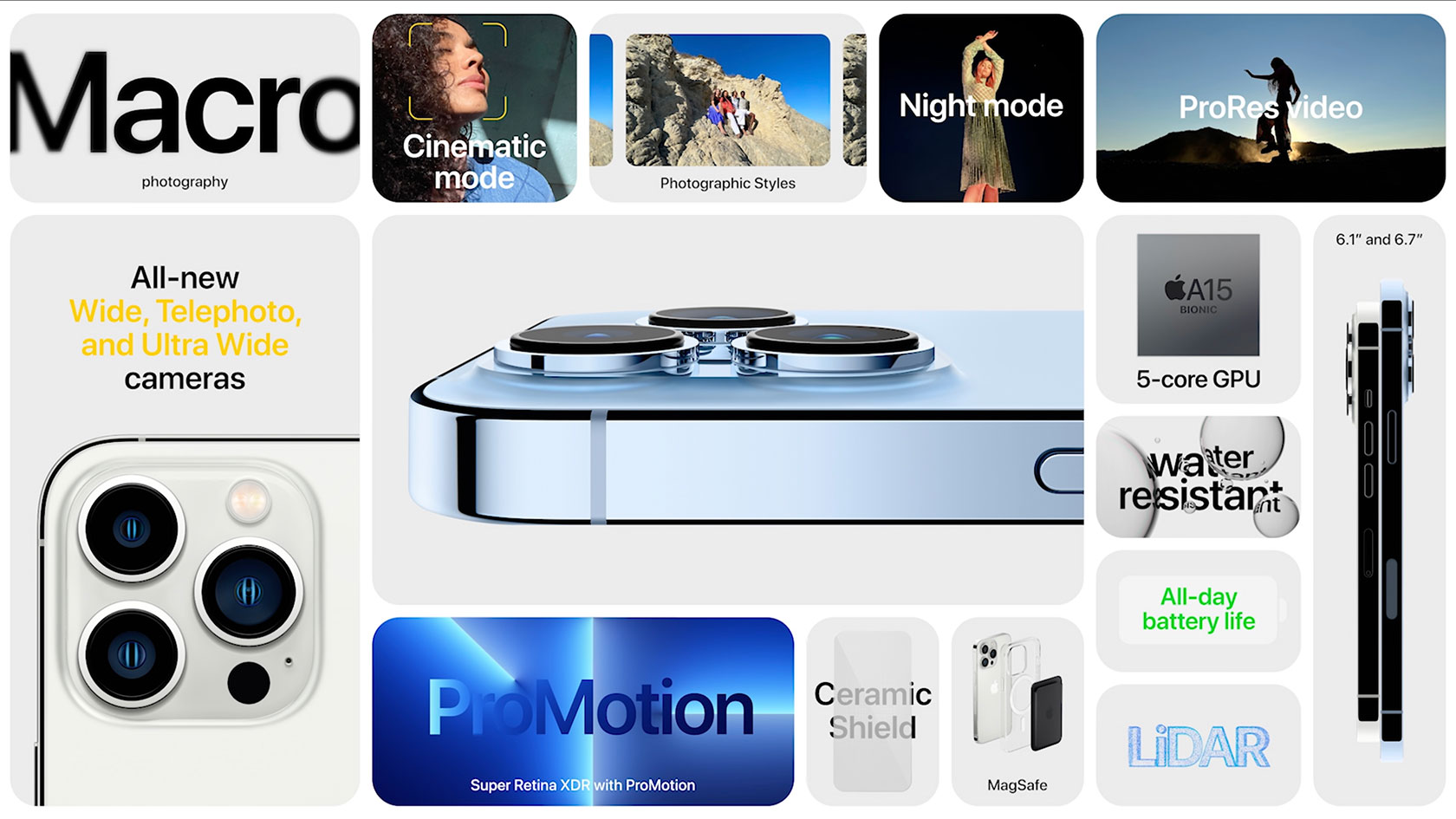 The iPhone 13 Pro and Pro Max comes with a Pro Motion display with P3 color range. Like on high-end iPad models, these iPhone models have an adaptative framerate. If you need it, your iPhone display can run at 120Hz. If you’re watching a movie, the iPhone can use a lower framerate to save battery life.

As the iPhone 13 Max is the largest smartphone in the lineup, you get more battery life. Apple promises a battery that lasts 2.5 hours longer for the iPhone 13 Pro Max compared to the iPhone 12 Pro Max.

Like the iPhone 13 and 13 Mini, the Pro models come with Apple’s A15 Bionic chip. It’s a 5-mm design with 15 billion transistors. There are two high-performance cores and four energy-efficient cores. You should get nearly the same performances across the lineup, but there’s a new 5-core GPU in the Pro lineup.

Pre-orders start on Friday and they will be available on September 24. There are four different models with 128GB, 256GB, 512GB or 1TB of storage.