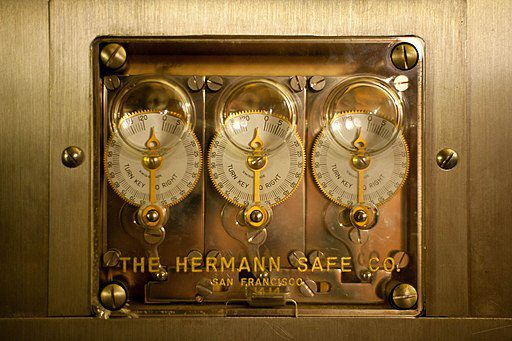 Anita, a senior developer, had recently been hired at a company with around 60 employees. Her first assignment was to assist with migrating the company’s flagship on-premises application to the cloud. After a year of effort, the approach was deemed unworkable and the entire project was scrapped. Seem a little hasty? Well, to be fair, the company made more money selling the servers and licenses for running their application on-premise than they made on the application itself. Multiple future migration attempts would meet the same fate, but that's a whole other WTF.

With the project's failure, Anita became redundant and feared being let go. Fortunately, the powers-that-be transferred her to another department instead. This was when Anita first met Henry, her new manager.

Henry was a database guy. It wasn't clear how much project management experience he had, but he definitely knew a great deal about business intelligence and analytics. Henry explained to Anita that she’d be working on implementing features that customers had been requesting for years. Anita had never worked with analytics before, but did have a background in SQL databases. She figured multi-dimensional databases shouldn't be too hard to learn. So learn she did, working as a one-person army. Henry never put any time pressure on her, and was always happy to answer her questions. The only downside to working for him was his disdain toward open source solutions. Anita couldn't use any NuGet packages whatsoever; everything had to be built from scratch. She learned a ton while making her own JSON parsing library and working out OAuth 2.0 authentication.

Upon completing a project, Anita would go to Henry's office to demo it. Once satisfied, Henry would say "Great!" and hand her a new project. Whenever Anita asked if there were a feature request logged somewhere that she could close out, she was told she didn't have to worry about it. She would also ask about her previous efforts, whether they'd been tested and released. Henry usually replied along the lines of, "I haven't had time yet, but soon!"

Over time, Anita noticed an uncomfortable trend: every 12 months or so, the higher-ups fired 20-30% of the entire staff, normally from Sales or Marketing. The company wasn't making as much money as the shareholders thought it should, so they would fire people, wait a few months, then hire new people. For the most part, though, they spared the developers working on the core application. They were smart enough to understand that no one coming in cold would be capable of figuring out this beast.

She figured she was safe—and yet, after 6 years, Anita found herself being fired. Henry brought her into his office, insisted it wasn't his choice, and emphasized that he was very sorry to lose her.

Anita shook her head in resignation. After the shock had worn off, she'd looked into a few things. "Over the years, you gave me 8 projects to work on," she said.

"Are you aware that you never tested any of them?" Anita asked. "You never released them to production. They're still sitting in SourceSafe, waiting for someone to use them. Are you aware that the company has never seen a penny from the work I've done for you?"

From the look on his face, it was clear that Henry had never realized this.

"This has been a good learning experience, at least," Anita said. "Thanks for everything."

Anita was able to take the knowledge she'd gained and double her salary at her next job, which only took 3 weeks to find. She's no longer reinventing the wheel or going unappreciated, and that's a win-win for sure.